As part of initiative of United Group & extended part of the United Hospital, for COVID-19 patients, a 25-bed self-sufficient isolation unit inaugurated with well-equipped machineries and care givers beside the Gholtali Bazar of Gaodia Union under Louhajang Thana of Munshiganj district of the country which is just one hour distance from Dhaka,

At current crisis moment this is the first time initiative of private sector for COVID-19 patients about self-sufficient isolation centre which contains all kinds of testing facilities with experienced doctors, nurses, technologists, phlebotomists and modern equipment. This isolation unit is a unique effort to work shoulder to shoulder with various government initiatives at the private level.

Earlier, in celebration of the 100 birth anniversary of Bangabandhu Sheikh Mujibur Rahman, 'Mujib Corner' was officially unveiled at the Yunus Khan-Mahmuda Khanam Memorial Health Complex premises by cutting of a 100 pounds cake. 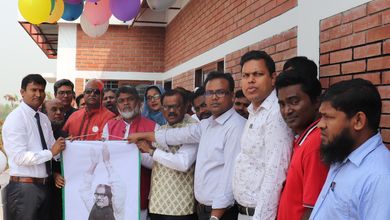 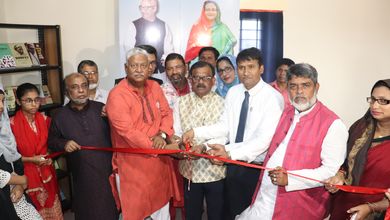